Professor and the Madman: A Tale of Murder, Insanity, and the Making of the Oxford English Dictionary Paperback – January 1, 1999

Professor and the Madman: A Tale of Murder, Insanity, and the Making of the Oxford English Dictionary Paperback – January 1, 1999

This description may be from another edition of this product. Mysterious (mist e - ries), a. f. L. myst rium Mysteryi ] ous. Cf. F. myst rieux.] 1. Full of or fraught with mystery; wrapt in mystery; hidden from human knowledge or understanding; impossible or difficult to explain, solve, or discover; of obscure origin, nature, or purpose. It is known as one of the greatest literary achievements in the history of English letters. The creation of the Oxford English Dictionary began in 1857, took seventy years to complete, drew from tens of thousands of brilliant minds, and organized the sprawling language into 414,825 precise definitions. But hidden within the rituals of its creation is a fascinating and mysterious story--a story of two remarkable men whose strange twenty-year relationship lies at the core of this historic undertaking. Professor James Murray, an astonishingly learned former schoolmaster and bank clerk, was the distinguished editor of the OED project. Dr. William Chester Minor, an American surgeon from New Haven, Connecticut, who had served in the Civil War, was one of thousands of contributors who submitted illustrative quotations of words to be used in the dictionary. But Minor was no ordinary contributor. He was remarkably prolific, sending thousands of neat, handwritten quotations from his home in the small village of Crowthorne, fifty miles from Oxford. On numerous occasions Murray invited Minor to visit Oxford and celebrate his work, but Murray's offer was regularly--and mysteriously--refused. Thus the two men, for two decades, maintained a close relationship only through correspondence. Finally, in 1896, after Minor had sent nearly ten thousand definitions to the dictionary but had still never traveled from his home, a puzzled Murray set out to visit him. It was then that Murray finally learned the truth about Minor--that, in addition to being a masterful wordsmith, Minor was also a murderer, clinically insane--and locked up in Broadmoor, England's harshest asylum for criminal lunatics. The Professor and the Madman is an extraordinary tale of madness and genius, and the incredible obsessions of two men at the heart of the Oxford English Dictionary and literary history. With riveting insight and detail, Simon Winchester crafts a fascinating glimpse into one man's tortured mind and his contribution to another man's magnificent dictionary. 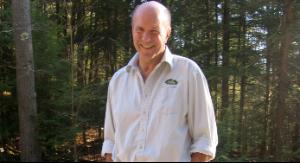 Simon Winchester studied geology at Oxford and has written for Condé Nast Traveler, Smithsonian, and National Geographic. Simon Winchester's many books include The Professor and the Madman ; The Map that Changed the World ; Krakatoa; and A Crack in the Edge of the World. Each of these have both been New York Times bestsellers and appeared on numerous best and notable lists. Mr. Winchester was made Officer of the Order of the British Empire (OBE) by HM The Queen in 2006. He lives in Massachusetts and in the Western Isles of Scotland.